With the New Year right around the corner, we’re keeping up our tradition of reviewing what made this past year one to remember in the Diabetes World.

Of course, we’ve all endured the continuing impact of the COVID-19 pandemic, from overrun hospitals to economic fallout to cancelled in-person events, to delayed timelines on new diabetes devices and product shipping woes worldwide. It’s been a lot to navigate, in many ways a continuation of the troubled previous year.

Meanwhile, pretty much everything is still being seen through the lens of this pandemic and a tense political climate in the United States.

Yet there does seem to be hope on the horizon, with vaccine availability and a slowly improving economic situation. In the diabetes arena, we look forward to a resurgence of new product approvals in the near future as the Food and Drug Administration (FDA) regulators get caught up.

Here’s a look at the big themes defining 2021 in diabetes:

The pandemic continued to be the biggest story of 2021, in general and for those with diabetes.

The start of the year brought many discussions about state-led vaccination priorities, and how soon people with diabetes would be able to get those shots while they were still in short supply. The new variants — with Greek-lettered names Delta and Omicron — have renewed concerns about just how quickly we all may find our way past this pandemic.

Remarkably, one of our own in the Diabetes Community was a pivotal part of developing the COVID-19 vaccines. Dr. Drew Weissman at the University of Pennsylvania was one of the researchers who spent years digging into the science behind mRNA vaccines, and he’s also lived with type 1 diabetes (T1D) for more than 50 years. As it turns out, Weissman’s work has made him one of Times’ Heroes of the Year for 2021!

As we saw in 2020, the continuing COVID-19 crisis meant most of the planned diabetes events and conferences during 2021 remained virtual or at least in a hybrid format. That included the huge annual American Diabetes Association’s 81st Scientific Sessions event that was again all online. One exception was the annual Friends For Life conference at DisneyWorld in Orlando, Florida, which is held each year in July. This year, it happened to fall into a perfectly-timed bubble of summer weather and easing restrictions that allowed this event to be held in person this past summer.

There were a few FDA approvals in 2021 that made headlines: Bigfoot Biomedical’s first connected Unity insulin pen system in May, the FreeStyle Libre 2 mobile app in August, and Medtronic’s new 7-day extended wear infusion set in September.

However, most of the FDA filings are taking longer than expected, lingering in the review process due to pandemic-caused delays with the agency being short-staffed. Clinical trial research for new products was also slowed down and even halted in some cases. The result: many big expected diabetes product approvals did not happen this year.

Many people with diabetes (PWDs) also experienced shipping delays for their needed supplies and medications, tied once again to COVID-19 issues.

Many shared stories online of how their supplies and medications were delayed or not immediately accessible through mail-order and retail pharmacies, as well as third-party distribution companies. Most of this is tied to either supply stock or staffing shortages that have plagued many businesses globally.

In fact, in November 2021, Novo Nordisk actually experienced a brief manufacturing problem and subsequent shipping delays for its insulin brands, leaving many in the United States without immediate access to their life-sustaining insulin before everything was cleared up.

The year brought a milestone in diabetes history: a century since insulin was first discovered in 1921, by a team led by Toronto-based researchers Dr. Frederick Banting and Dr. Charles Best. They began testing insulin in their lab earlier that year and made the critical discovery of isolating insulin in July 1921. It was then first delivered orally into a patient on Dec. 21, 1921. The first-ever patient to receive an insulin injection came on Jan. 15, 1922, with 15-year-old Leonard Thompson. The rest is history, as they say.

For this century mark, many advocacy initiatives, awareness campaigns, and fundraising efforts have embraced the 100th insulin anniversary theme. One of those included the World Health Organization (WHO) that developed a Global Diabetes Compact to advocate on the need for affordable insulin.

Unfortunately, the current state of insulin affordability — or lack thereof — clouds this 100th anniversary. Many media outlets have published stories through this milestone year highlighting the insulin pricing crisis here in the United States.

Our Diabetes Community did see some changes materialize, but they only ever seem to be incremental improvements rather than full-scale price-lowering measures that help everyone.

Aside from those big themes of 2021, a number of other notable diabetes-related news stories captured headlines throughout the year:

Several new formulations of basal (long-lasting, background) insulins made headlines throughout the year.

Digital diabetes data in the news

A number of news items touched on digital diabetes data. A big one came in July as the FDA cleared continuous glucose monitor (CGM) company Dexcom to release its real-time API, allowing other companies to directly tie Dexcom CGM data into their devices. Garmin was the first to do so, and the open-source Sugarmate platform (now owned by Tandem Diabetes Care) took a hiatus before finally returning later in the year.

The medical establishment made a landmark embrace of do-it-yourself (DIY) technology in the diabetes space, with an international consensus statement being published in The Lancet Diabetes & Endocrinology. This is the first-of-its-kind guidance for healthcare providers on treating patients using DIY diabetes systems.

The authors noted that healthcare providers should facilitate and support people with diabetes who choose this DIY tech to automate their insulin delivery systems, and work with patients to set “realistic goals” and minimize any risk. They also called for local policies supporting open-source closed loop systems as “fostering ethical medical principles and evidence-based medical treatment.”

Diabetes in the spotlight

From beginning to end, diabetes was certainly on display this year for people around the world to get a glimpse of:

Our Diabetes Community sadly said goodbye to some incredible people and advocates in 2021, who’ve made a mark on our community and world for the better:

Erin Gilmer – a diabetes and disability rights advocate, passed away at 38 years old in July. As the New York Times reports, Gilmer “fought for a more compassionate healthcare system, bringing an extensive knowledge of policy and even more extensive firsthand experience as a patient.”

Scott Strange – this longtime T1D advocate and blogger passed away in early November, at 58 years old. He volunteered at many advocacy conferences and meetings, and generously gave much of himself to people with diabetes over his impressive 50+ years of living with this condition. In particular, he wrote a lot about mental health with diabetes and gave many within the community a voice for sharing their own stories and struggles on the mental health front.

Thom Scher – the 33-years-young president and CEO of leading diabetes nonprofit Beyond Type 1 surprisingly passed away in early December in New York City. Scher did not live with diabetes himself, but was a passionate advocate who had a bold vision to challenge the status quo in terms of what a nonprofit organization could do. He led Beyond Type 1 to serve people living with both T1D and type 2 diabetes, providing resources to this community in multiple languages all over the world.

Anne Rice – the famous Vampire novel author who was extremely public about her diabetes diagnosis and struggles, died in mid-December at 80 years old. She had struggled with complications of diabetes since her delayed diagnosis in 1998.

These beautiful souls and others lost this year will be sorely missed!

The past year has been tough on so many fronts. Here’s to looking forward to a brighter, less stressful 2022 ahead.

NOTE: DiabetesMine appeared on the ‘Diabetes Connections’ podcast recently, offering a look back at 2021 and a view of “Our Diabetes Technology Predictions for 2022.” Be sure to check that out, too.

Thu Dec 30 , 2021
Excess eating and less movement can see waistbands tighten over Christmas but fitness expert and life coach Kathleen Trotter, MSc, spoke to Express.co.uk about the best way to lose any weight put on over the festive period. She also shared an easy workout that can be done at home or […] 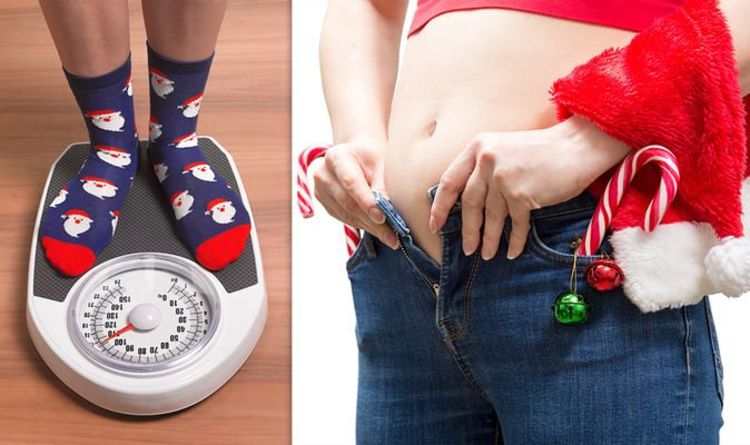