DALLAS, June 8, 2022 — Adults who survive childhood cancer have a higher risk of cardiovascular disease than the general population, yet they are 80% more likely to be undertreated for several cardiovascular risk factors: hypertension (also called high blood pressure), diabetes and high cholesterol, according to new research published today in the Journal of the American Heart Association, an open access, peer-reviewed journal of the American Heart Association.

Previous research has shown that due to their exposure to chemotherapy and/or radiation, childhood cancer survivors may face up to a five-fold increased risk of cardiovascular disease and death, compared to the general population. Multiple studies have shown that most adult childhood cancer survivors report receiving only general medical care, not specific to their experience with cancer. Previous research also suggests that cancer survivors are not receiving recommended cardiovascular screenings in a timely manner due to limited awareness of future health complications by survivors and health care professionals.

In this study, cardiovascular risk factor undertreatment was defined as being diagnosed with high blood pressure, high cholesterol or diabetes yet still having higher-than-recommended levels of blood pressure, “bad” cholesterol, triglycerides or blood glucose. (No detail available about Type 1 or Type 2 diabetes diagnosis.)

Participants were recruited from the Childhood Cancer Survivor Study (CCSS), a large study that includes people who were diagnosed with cancer before age 21 between 1970 and 1999 at health care centers in the U.S. and Canada, and who survived at least five years. Between September 2017 and April 2020, researchers recruited from the pool of U.S.-based CCSS participants childhood cancer survivors who were at least 18 years old, free of heart disease or heart failure, living within 50 miles of nine major U.S. metropolitan areas (Atlanta, Boston, Denver, Houston, Minneapolis, Philadelphia, Pittsburgh, Seattle and Columbus, Ohio). Those recruited were also taking part in a separate clinical trial testing the potential of a telehealth-care plan to improve cardiovascular outcomes among long-term survivors of childhood cancer. Among this group, which was 85% white adults and 57% women, the most common types of cancer were leukemia, lymphoma and bone cancer.

Researchers measured blood pressure, lipids, glucose and hemoglobin A1c levels in nearly 600 adults (median age 37 years) an average of 28 years after cancer diagnosis and obtained similar data on a comparison group of nearly 350 same-age adults without a history of cancer. The analysis found:

“Serious heart disease is uncommon in young adults in the general population, which includes childhood cancer survivors, therefore, greater awareness of the significantly higher cardiovascular disease risk when there is a history of cancer is important,” Chow said. “Raising awareness among primary care professionals as well as improving survivors’ ability to self-manage their health may mitigate the increased risks. There are specialized heart disease risk calculators designed for cancer survivors, and those may be more accurate in predicting future cardiovascular disease risk than risk calculators designed for the general population.”

The analysis also included the results of a self-reported questionnaire assessing medical history, such as cardiovascular health and treatment; diet, exercise and other lifestyle habits; and people’s belief in the ability to manage their own health.

Information on the comparison group of peers who had no history of childhood cancer came from the 2015-2016 National Health and Nutrition Examination Survey, in which participants had standardized health examinations and in-home interviews, comparable to the questionnaire taken by the cancer survivors.

The study also found that childhood cancer survivors who reported higher self-efficacy – a stronger belief in their ability to manage their own health – had 50% lower odds of undertreatment for the cardiovascular disease risk factors studied. “That perhaps is not surprising, yet it suggests that efforts to help survivors learn how to take greater ownership of their health conditions may help to improve longer term outcomes,” Chow said. “This has been shown in patients with other chronic health conditions outside of cancer as well.”

Among the study’s limitations are the potential for measurement error and misclassification among the cancer survivors and comparison group because of one-time health assessments.

The study was funded by the National Institutes of Health (NIH), the National Cancer Institute of the NIH and the American Lebanese Syrian Associated Charities.

Studies published in the American Heart Association’s scientific journals are peer-reviewed. The statements and conclusions in each manuscript are solely those of the study authors and do not necessarily reflect the Association’s policy or position. The Association makes no representation or guarantee as to their accuracy or reliability. The Association receives funding primarily from individuals; foundations and corporations (including pharmaceutical, device manufacturers and other companies) also make donations and fund specific Association programs and events. The Association has strict policies to prevent these relationships from influencing the science content. Revenues from pharmaceutical and biotech companies, device manufacturers and health insurance providers and the Association’s overall financial information are available here.

About the American Heart Association

The American Heart Association is a relentless force for a world of longer, healthier lives. We are dedicated to ensuring equitable health in all communities. Through collaboration with numerous organizations, and powered by millions of volunteers, we fund innovative research, advocate for the public’s health and share lifesaving resources. The Dallas-based organization has been a leading source of health information for nearly a century. Connect with us on heart.org, Facebook, Twitter or by calling 1-800-AHA-USA1.

Journal of the American Heart Association

The embargoed manuscript is for background only – please do not publish – https://newsroom.heart.org/_gallery/get_file/?file_id=6297c5a9b3aed342df72a0f7&file_ext=.pdf&page_id=

Is Anxiety Ruining Your Sleep? 5 Tips to Relieve Anxiety Before Bed

Thu Jun 16 , 2022
We’ve all been there — staring at the ceiling, reliving every misstep and embarrassing moment of our entire lives. Having trouble sleeping is particularly common among those who have anxiety disorders. Our autonomic nervous system releases the primary stress hormone cortisol to mediate our response when we’re anxious. Research suggests […] 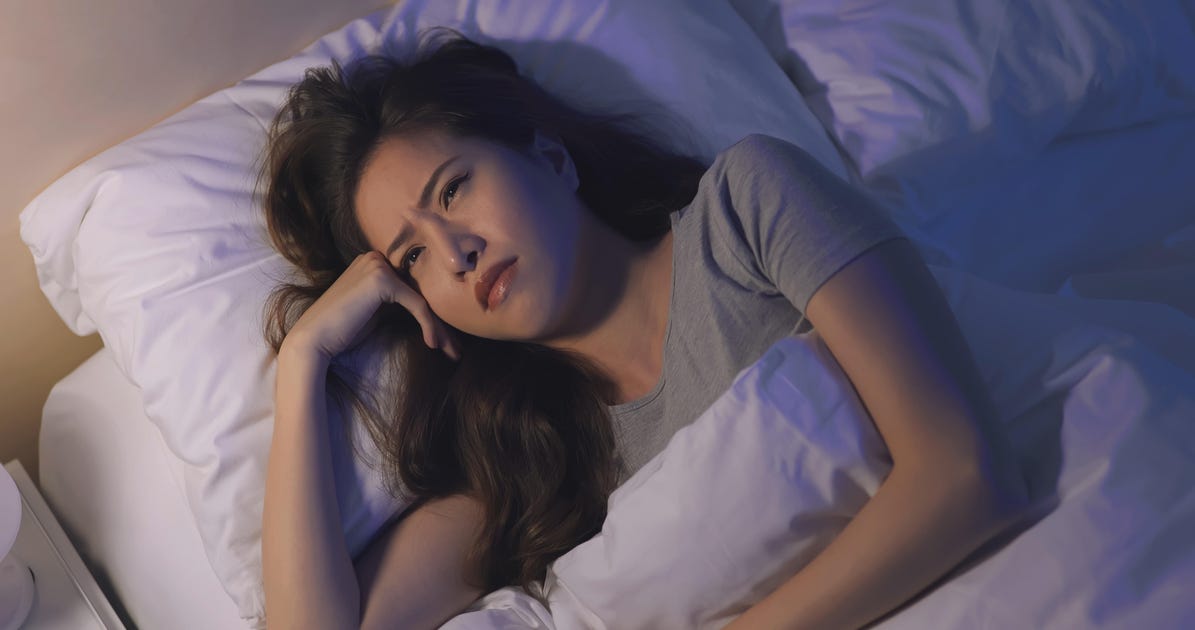