A virtual forum intended to identify the “pain points” between exasperated mental health therapists and the state Medicaid department left some care providers shouting, shaking in anger and venting their rage in the meeting’s chat box.

The Colorado Department of Health Care Policy and Financing hired a consulting group that specializes in conflict resolution for the hour-long forum Wednesday, which left many of the 160 therapists, psychologists and social workers who attended more incensed than when they logged on.

“I’m a little bit shaky with anger about this,” said Andrew Rose, a psychotherapist and director of Boulder Emotional Wellness, his voice booming through his microphone. “We are not going to be blown off by corporate. This has been completely inappropriate. Providers are quitting!”

The forum, intended to clear the air, comes after months — if not years — of intense frustration among mental health providers in private practice who want to treat patients covered by Medicaid, the government insurance program for those with low income or disabilities. The state Medicaid division contracts with companies, called Regional Accountable Entities, to credential mental health professionals and reimburse them for providing therapy to Medicaid clients.

The system is rife with administrative burdens, convoluted requirements and — most frustrating for therapists — delays in payment and “clawbacks” in which a regional entity has asked mental health providers to return money they’ve already been reimbursed for services they already provided.

Mental health professionals said they expected they would get to vent their frustrations and seek solutions during the forum. Instead, two mediators asked them to log into an instant polling website on their cell phones and respond to questions, including whether they felt the process was “moving in the right direction” and what was currently going well. As the answers were displayed live on the screen in colorful words and graphs, mental health workers quickly got annoyed.

“If I could clarify,” interrupted Danielle Patterson, a licensed clinical social worker in Colorado Springs, “we are not welcome to share our complaints and concerns today? We are here to watch your presentation?”

She later posted in the meeting chat box, saying the Medicaid division has failed to respond to their concerns for more than two years. “We have been trying to work with them for years with no response, gaslighting, worse policies, retaliation, etc.”

The mediators and staff from the state Department of Health Care Policy and Financing, which oversees the Medicaid division, attempted to keep the presentation on track. They promised future meetings, small-group breakout sessions and suggested people fill out “grievance forms.”

“Today is not the day we are just going to take 165 people talking at the same time because no one is going to be able to hear that,” said Allison Faeder with Arrow Performance Group, a Denver consulting company.

When only half of those at the forum responded to a survey question, Faeder said, “I’m going to take that as a win given the amount of heat in this conversation.” And later, her fellow mediator, Julie Auger, made a point of acknowledging the sentiment in the virtual room.

“You’re not getting paid. Let’s call it what it is. That sucks. It’s wrong,” Auger said. “If I had my magic pixie dust, it would be taken care of right now.”

Medicaid officials said they were committed to sorting out the problems and that they are talking to regional entities to make sure mental health providers will get paid. Melissa Eddleman, with the state Department of Health Care Policy and Financing, said the forum was not just an exercise but a path toward solutions. “This is really about systemic change,” she said.

Throughout the one-hour meeting, the chat streamed:

“Can you folks just connect as human beings? Can’t you see trust is a major issue here? Hear the providers,” wrote Doreen Hills, a therapist in Fort Morgan.

“We are tired of never getting solutions. Simply put: You get paid, we don’t,” wrote Nola Knudsen, a counselor in Fairplay and Bailey. “This needs to be a priority solution.”

By the time the meeting ended, Medicaid providers said they were sick of being told to cooperate with the mediation process and be nice to the mediators and the Medicaid division.

Added Jeremy Rogers, a mental health counselor in Colorado Springs: “Niceness went out the window. You be very nice to me by paying the contracted rate and I will be super nice to you by providing the member the service. There is nothing nice about bills not getting paid.”

Someone shouted “Hallelujah!” as he spoke.

The turmoil comes as state leaders, including Gov. Jared Polis, have made it a priority to increase the number of mental health providers who will accept Medicaid. While the Medicaid division says the numbers have gone up significantly in recent years, some in private practice have stopped accepting Medicaid because of the credentialing and billing frustrations.

Mental health providers who take Medicaid clients have faced reimbursement rate cuts. They complain it takes months, or sometimes years, to get approval from the state Medicaid division and the regional entities to take clients. And in the fall, 199 of them received “recoupment” notices from the regional entity for eight counties including Boulder and El Paso, asking them to return money they’d already been paid because of a clerical problem. In some cases, the amounts totaled $17,000 or $18,000 for a single mental health therapist in private practice.

The entity that sent the recoupment notices, the Colorado Community Health Alliance, is owned by the private insurance giant Anthem. The alliance reversed course after coverage by The Colorado Sun and 9News.

Now, in the past couple of weeks, several mental health providers say they are again struggling to get paid after seeing Medicaid patients.

Among them is Faith Halverson-Ramos, who provides music therapy to tweens, teens and adults in a private practice in Longmont.

Halverson-Ramos, who opened her practice in 2015, started the process of applying to take Medicaid patients in August 2020. It took 11 months because of numerous clerical issues, including a missing date on a bank letter. She’s had billing headaches ever since.

Her regional entity, the Colorado Community Health Alliance, owes Halverson-Ramos about $1,000 for treating a Medicaid patient beginning in the fall, she said. For another Medicaid patient, she was paid for two months without hassle, but then began receiving denials from the regional entity because she didn’t have prior authorization to provide the treatment, which she said is not required.

It’s sad, Halverson-Ramos said, that Colorado makes it so burdensome to accept Medicaid clients. It’s important to her to keep trying because she struggled with mental health issues at age 18 and could only afford community mental health care.

“I just want to be part of helping create a better society, a healthier society, and to have my efforts be treated like this by some faceless insurance company that doesn’t care about people over their profits just adds insult to injury,” she said in an interview. “I really worry about children and teens growing up in poverty and not having access to mental health care.”

The Colorado Sun has no paywall, meaning readers do not have to pay to access stories. We believe vital information needs to be seen by the people impacted, whether it’s a public health crisis, investigative reporting or keeping lawmakers accountable.

This reporting depends on support from readers like you. For just $5/month, you can invest in an informed community. 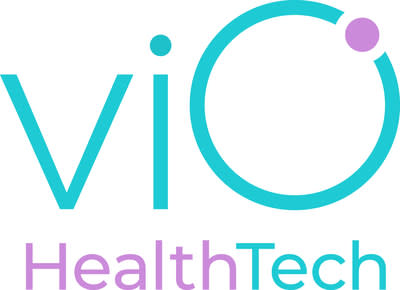