During a Targeted Oncology case-based roundtable event, Martin Dietrich, MD, PhD, discussed the MonarchE trial of abemaciclib and the agent’s use in high-risk, early-stage breast cancer.

Targeted OncologyTM: What is the evidence for adding abemaciclib (Verzenio) to endocrine therapy for high-risk early-stage breast cancer?

DIETRICH: The [evidence for this comes from the] monarchE study [NCT03155997], which was a very large clinical trial with almost 6000 patients enrolled. The study had 2 cohorts for hormone receptor–positive, HER2-negative, high-risk, early-stage breast cancer. Cohort 1 was determined to be high-risk based on clinical and pathological features, such as more than 4 positive lymph nodes, or 1 [to] 3 positive axillary lymph nodes, and either [grade] 3 disease or a large primary tumor.

[Patients in cohort 2 were determined as high-risk] based on Ki-67 as a marker of proliferation, with 1 [to] 3 positive lymph nodes, Ki-67 [greater than or equal to] 20%, and no grade 3 disease or tumors [greater than or equal to] 5 cm.1,2 So this patient would fall into cohort 2, which is FDA approved. Patients in the study were randomized 1:1 to endocrine therapy with or without abemaciclib for 2 years, with a clinical follow-up period of 3 [to] 8 years [5-10 years in total].

My definition of a high-risk patient is combined with [whether there is a need for] chemotherapy. That is, I consider every patient I give chemotherapy to be clinically high risk.

Please explain the setup and results of the monarchE study.

The randomization was done at a maximum of 16 months from surgery, [which] is a very long time for enrollment. Patients [who] were treated 1 year ago would still fall into the criteria if they only had 12 weeks or less of endocrine therapy. The latest update is from April 2021, with a median follow-up of 27.1 months, 565 invasive disease-free survival events, and 89% of patients off study.1 So these data are getting more mature.

The baseline characteristics were relatively well balanced between the 2 groups, with [approximately] 40% of patients with 1 to 3 positive lymph nodes and 60% with more than 4. The groups were also balanced with respect to premenopausal and postmenopausal status. Most patients had a primary tumor of intermediate size [2-5 cm]. [Approximately] one-third of the patients had low Ki-67, 50% had Ki-67 [greater than or equal to] 50%, and an insignificant number had unavailable Ki-67 levels.1,2

The [invasive disease-free survival data were] interesting. At 24 months, it was [approximately] 2.7%. At 3 years, there was a 5.4% difference between the 2 groups.1 So the difference between the 2 groups is increasing after treatment completion, with sort of a memory effect. This—5.4%—is about the benefit we would expect from an adjuvant aromatase inhibitor [AI] in this setting. The risk reduction for an invasive disease-free survival event was [approximately] 30% with the addition of abemaciclib, and this was highly statistically significant [HR, 0.696; 95% CI, 0.588-0.823; nominal P < .0001].1

What were the results of the subgroup analysis in this study?

Not surprisingly, [the subgroup analysis showed] that when looking at tumor growth and metastatic potential, abemaciclib confers a clear benefit, independent of lymph node status. Most patients with higher-grade tumors— grade 2 and 3—benefited from the addition of abemaciclib, [whereas] the events for patients with grade 1 tumors were relatively balanced between the 2 groups.

There was a benefit to adding abemaciclib for smaller tumors [< 2 cm] [and] larger tumors [≥ 5 cm]. Neoadjuvant and adjuvant therapy had overlapping confidence intervals, and combination treatment was favored for premenopausal patients. Typically, we like to get these patients to be postmenopausal with treatment, independent of region, and younger patients tended to have improved outcomes. Progesterone receptor [PR] discordance did not play a big role, and we’ve seen this in the metastatic setting. PR discordance is not necessarily an obstacle for CDK4/6 sensitivity. Finally, the performance status and stage also favored the addition of abemaciclib.1

More importantly: Is invasive disease-free survival a good surrogate marker? [In terms of thinking about OS], the marker that makes me more excited is the distant relapse-free survival. Is it inside the chest wall [or] anywhere it can be approached curatively again?

How was disease relapse impacted by this treatment?

It’s very clear many relapses in this study were with distant metastases, with a 4.2% delta favoring abemaciclib for distant relapse-free survival at 3 years, and those are not salvageable for curative intent treatment. The relative risk reduction was almost 1:1 between invasive disease-free survival and distant relapse-free survival,1,3 so most of these events happen outside the chest wall. This is owed to a good extent to radiation therapy, but it clearly gives the study more credibility for usefulness in the early-line setting.

Looking at both markers, this is a benefit that not only maintains past the treatment period but is actually extending.3 So there is a degree of tumor suppression that leads to a crippling impact on the ability for tumor formation, or at least a delaying impact, here for a cancer-free survival in the long run. So we’ll want to see longer-term data for this study. The concordance between invasive disease-free and distant relapse-free survival gives you an outlook toward the survival impact the study may have.

How does the Ki-67 biomarker impact patient outcomes?

There is an interesting aspect when we think about the current FDA label. Cohort 2 is currently approved for elevated Ki-67, and there is a benefit of [approximately] 6% with abemaciclib at 3 years. There is also an almost identical benefit for invasive [disease-free] and distant-free survival, with a 37% risk reduction for the Ki-67–high group, not surprisingly. The survival curves seem to be running out in parallel in later time points, but this is not yet ready for analysis. So roughly the same amount of relative risk reduction—1:3.1,3

One of the central features of the Ki-67 oncotype is an mRNA-based evaluation of its levels, so it’s not surprising that the prognostic impact of genomic testing and Ki-67 correlate. Prognostically, patients with low Ki-67 levels fare better than patients with high Ki-67 levels. But interestingly, [although] this is a prognostic marker, the abemaciclib benefit was identical between the 2 cohorts, with hazard ratios of 0.62 for the high risk and 0.70 for the low risk. This is especially notable considering this is a large patient trial, with almost 2000 patients in each cohort,1,3 so I was surprised when the FDA did not consider Ki-67–low patients in the clinical high-risk setting for potential approval.

What other data should clinicians know about?

The OS data are very immature. There seems to be a slight trend favoring abemaciclib, but it is not ready for interpretation. I think this is the rationale for distant disease-free survival being the decision-making driver. There were several other features analyzed, as well. The efficacy data also favored the addition of abemaciclib across the different subgroups. The question is: What about the impact on tolerability?

There’s the clearly established safety profile of abemaciclib, with [gastrointestinal] adverse events [AEs] of diarrhea being at the forefront, which levels out after the first couple of cycles and can be managed proactively with the addition of antimotility agents. The number of grade 3/4 toxicities were substantially lower than in earlier trials. The management has gotten a lot better. These toxicities were higher than on endocrine therapy alone, but this [is] one of those AEs that can be managed. Another important toxicity [was] cytopenia.2

One of the factors that was the most interesting—and is one of the most frequent clinical challenges I face in practice—were the aromatase inhibitor [AI]–related AEs [hot flashes, arthralgias, and mood swings]. These were significantly improved by the addition of abemaciclib. For example, 20% of any-grade arthralgias compared with 31% for endocrine therapy alone. I have to say, in my clinic, those numbers are probably higher.

There’s clearly a trend, and the idea is that abemaciclib has an anti-inflammatory component to it that may be mitigating some of these AEs. This wasn’t seen as much in the metastatic setting, but it’s certainly of interest in terms of tolerance. I just had a patient that came off a clinical study that had evaluated CDK4/6 inhibitors in the adjuvant setting. The patient went back on because [she was unable to tolerate the [AIs] without the CKD4/6 inhibitors. So we’re working on this for an intermediate strategy in the interim.

How did the FDA approval of abemaciclib impact the use of that drug?

The FDA approved abemaciclib with endocrine therapy on October 12, [2021].4 Interestingly, the approval was either with tamoxifen or an [AI]. If you remember, ribociclib [Kisqali] was previously tested with tamoxifen, and there was a substantial increase in QTc prolongation, so it was not approved as a combination therapy.

However, with abemaciclib, it’s moved into a tolerance spectrum—probably related to the QTc prolonging impact being mediated by CDK6—where abemaciclib is not as impactful as on CDK4. The broader FDA definition is for hormone receptor–positive, HER2-negative, node-positive breast cancer, with a Ki-67 of greater than 20%, as determined by an FDA-approved test. The Ki-67 IHC MIB-1 pharmDx Dako assay is the approved companion diagnostic, but this can be done on several platforms. This marker should be tested for every patient with breast cancer.

As a result of the FDA approval, the American Society of Clinical Oncology [ASCO] guidelines had a rapid recommendation update, where 2 years of abemaciclib at the standard dose of 150 mg twice daily plus endocrine therapy may be offered to patients with hormone receptor–positive, HER2-negative, node-positive breast cancer, with a high risk and a Ki-67 score greater than 20%.5 That is, the guideline echoes the FDA label.

However, the ASCO panel is also including abemaciclib plus endocrine therapy for 4 years for patients [who] were in the rest of the intent-to-treat population, with hormone receptor–positive, node-positive, early breast cancer at high risk of recurrence, with 4 positive lymph nodes, or 1 to 3 positive lymph nodes, with additional high-risk features of histologic grade 3 disease, tumor size greater than 5 cm, and a Ki-67 of 20%. This basically says abemaciclib is recommended for all clinically high-risk lymph node–positive disease. However, [because] the absolute benefit for these patients were not as substantial and the number of patients was smaller, patient preferences should be taken into consideration.5

Fri Mar 25 , 2022
Share on PinterestWhat should you know about taking an at-home diabetes test? We include products we think are useful for our readers. If you buy through links on this page, we may earn a small commission. Here’s our process. Diabetes, or diabetes mellitus, is a common and chronic health condition […] 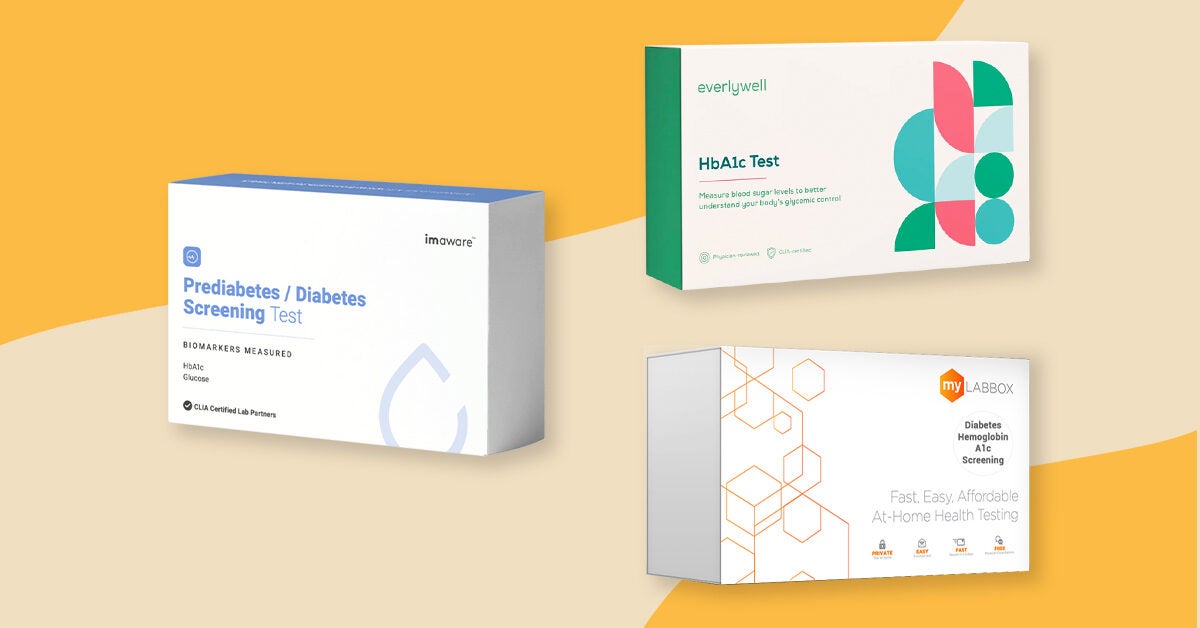