The family of a man fatally shot by Portland police last year have filed a lawsuit to push city officials to dispatch trained mental health responders to those in behavioral crisis, instead of sending armed officers.

The suit was filed Friday on behalf of Rachel Steven, the sister of Michael Ray Townsend. Portland Officer Curtis Brown shot and killed Townsend on June 24 after Townsend advanced on police while carrying a pointed tool during a welfare check at a Lloyd District motel.

Townsend, 40, suffered from bipolar depression and schizophrenia, according to the suit. A grand jury in September found no criminal wrongdoing by Brown in the shooting.

“This was not a hostage negotiation, this was a mental health welfare check,” said attorney Michael Fuller, who is representing Townsend’s family. “Why should an armed officer have been a first responder at all?”

Curtis was one of two officers and four firefighters who responded to the call and attempted to get Townsend into an ambulance, according to jury transcripts released by the Multnomah County District Attorney’s Office. Townsend began brandishing the sharp tool after being told he needed to be patted down for weapons first.

He had in panic called 911 himself, telling dispatchers he was high on meth and carrying a weapon, the Oregonian/OregonLive previously reported.

Dispatchers did not route the call to agencies trained in crisis intervention, including Multnomah County’s Mental Health Call Center or the Tri-County 911 Service Coordination Program, the suit alleges. The Police Bureau also failed to dispatch officers with specialized training, such as members of its Behavioral Health Unit, Enhanced Crisis Intervention Team or Service Coordination Team, the complaint says.

Monetary damages are not sought at this point.

“If the city actually wants to sit down and create some workable changes to its policies and procedures, then this case can be resolved at no cost to the taxpayers,” Fuller said.

Townsend was one of four people fatally shot by Portland police officers last year, of which two are still under review. Grand juries found the death of Robert Delgado in Lents Park in April and Townsend’s death were legally justified.

“He did what he was trained to do, which was kill,” said Fuller. “It’s really unfortunate.”

Ottawa vows update on COVID-19 border rules next week: ‘The worst is behind us’ - National 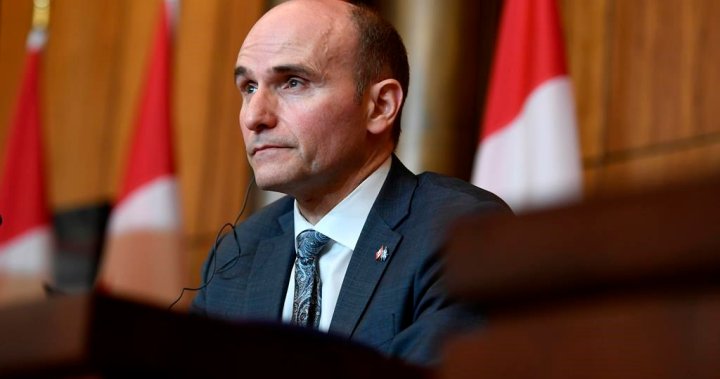