While Kanye West’s ongoing personal life drama is the kind of the material that Saturday Night Live would tackle with aplomb, star Chris Redd has vowed not to mock the rapper’s mental health issues on the show.

Over the past several weeks, West, 44, has made headlines for his slew of Instagram posts targeting his ex-wife, Kim Kardashian, and her partner, Pete Davidson, whom he has taken to calling “Skete.”

TV personality Trevor Noah this week weighed in on the drama on The Daily Show, accusing West of “harassing” Kardashian, 41. West responded by sharing a racial slur post, leading to his 24-hour suspension from Instagram for violating the platform’s policies on hate speech and bullying and harassment.

But Redd, 36, who co-stars with Davidson, 28, on Saturday Night Live, has insisted that while he’s eager to tackle some of the subject matter on his NBC comedy sketch show, West’s bipolar disorder will never become a part of his material.

Making an appearance on SiriusXM’s The Jess Cagle Show, Redd—who has impersonated West on Saturday Night Live and, like the musician, was raised in Chicago—said, per People: “When it comes to Ye, I’m always of the mind that I’ll make fun.

“I was raised joking. You clown, you clown people. That’s kind of how we come up. We’re from the same place. We know the same people, but at the same time, there is a serious layer to that situation that I just won’t make fun of.

“I’m not making fun of his mental health. You know, I have my mental health issues myself. So I’m very aware of those things.

“And I never come from that place of making fun of that specifically. His irresponsibility of it is what I make fun of and his ego, but it’s never those things.”

Recently, West unveiled the music video “Eazy,” which depicted him kidnapping and burying a claymation likeness of Davidson.

West raps on the track: “God saved me from that crash / Just so I can beat Pete Davidson’s a**.”

Addressing the way in which his friend Davidson has been targeted, and how that would affect the way that things would be approached from a comedic angle, Redd said: “It’s just better not to like put your friend in a weird situation by antagonizing a situation more than you need to.

“But I’m really tired of sitting on these jokes though. So I hope they figure that out soon. ‘Cause I ain’t got nothing to do with none of this.”

Still, Redd wished the best for both men, saying in his interview: “I think Pete’s handling it well and you know, he’s starting to talk again, and he is handling that well.

“You always wanna make sure on both sides of it, even though me and Ye aren’t friends, I want the best for that dude too. I’m still a fan of his music, you know?”

“I hope that he like learns how to handle this, so they could just move on with their lives,” Redd said. “But yeah, it’s not interesting to me to stir the pot on something that’s just unhealthy, you know?”

Kardashian filed for divorce from West in February 2021 and was last month declared legally single. She recently hit back at West in an Instagram post for his “constant attacks on me in interviews and on social media.”

“Divorce is difficult enough on our children and Kanye’s obsession with trying to control and manipulate our situation so negatively and publicly is only causing further pain for all,” she stated.

West in February shared screenshots of text messages from Kardashian, who warned him that his conduct on social media was creating a “dangerous and scary environment” for her and Davidson.

“Someone will hurt Pete and this will be all your fault,” Kardashian wrote.

Captioning the post, West wrote: “Upon my wife’s request please nobody do anything physical to Skete. I’m going to handle the situation myself.”

West later apologized for “harassing” Kardashian, writing on Instagram: “I’m working on my communication. I can benefit from a team of creative professionals, organizers, mobilizers and community leaders. Thank everybody for supporting me.

“I know sharing screen shots was jarring and came off as harassing Kim. I take accountability. I’m still learning in real time. I don’t have all the answers. To be good leader is to be a good listener.”

Solutions to the pandemic's disproportionate impact 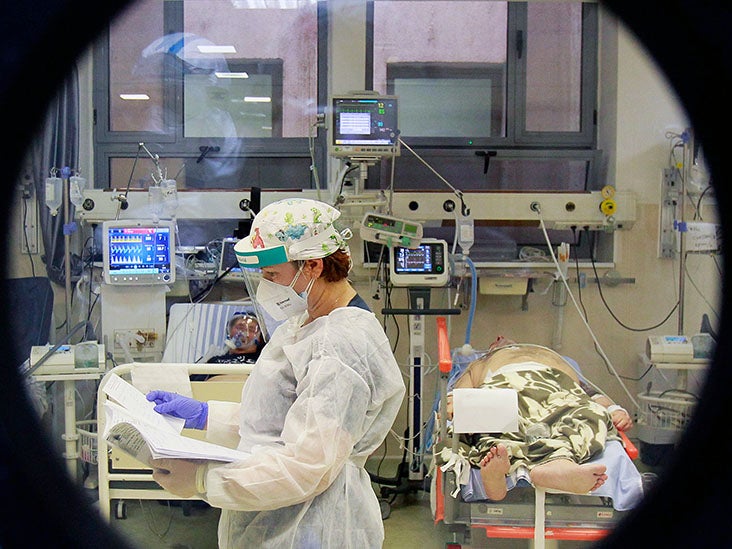 Via Peters 4 weeks ago