A new study found risk factors for heart disease and stroke were higher among adults who said they experienced childhood abuse and varied by race and gender. However, those who described their family life as well-managed and had family members involved in their lives during childhood were less likely to have increased cardiovascular risk factors as adults, according to new research published today in the Journal of the American Heart Association, an open access, peer-reviewed journal of the American Heart Association.

Although cardiovascular disease, which includes heart disease and stroke, is more common among older people, the risks often begin much earlier in life. Previous research confirms physical and psychological abuse and other adverse experiences in childhood increase the risk of developing obesity, Type 2 diabetes, high blood pressure and high cholesterol, which, in turn, increase the risk for cardiovascular diseases, as detailed in the 2018 American Heart Association Scientific Statement: Childhood and Adolescent Adversity and Cardiometabolic Outcomes.

Conversely, healthy childhood experiences — nurturing, loving relationships in a well-managed household, including having family members who are involved and engaged in the child’s life — may increase the likelihood of heart-healthy behaviors that may decrease the cardiovascular disease risks. In this study, researchers explored whether nurturing relationships and well-managed households may offset the likelihood of higher cardiovascular risk factors.

“Our findings demonstrate how the negative and positive experiences we have in childhood can have long-term cardiovascular consequences in adulthood and define key heart disease risk disparities by race and sex,” said study lead author Liliana Aguayo, Ph.D., M.P.H., social epidemiologist and research assistant professor at Emory University’s Rollins School of Public Health in Atlanta.

Researchers examined information from the Coronary Artery Risk Development in Young Adults (CARDIA) Study, an ongoing, long-term study among 5,115 Black and white adults enrolled from 1985-1986 to 2015-2016. Study enrollment occurred in four U.S. cities: Birmingham, Alabama; Chicago; Minneapolis; and Oakland, California. More than half of the study participants were women, and nearly half were Black adults. At the start of the study, participants were 25 years old, on average. All participants received initial clinical examinations and eight additional examinations every few years to assess cardiovascular risks over 30 years.

At ages 33 to 45, participants completed a survey of questions to assess areas of their family life during childhood. For this analysis, three areas were examined:

Participants were categorized based on their responses to the survey questions:

Several limitations may have affected the study’s results. This study was a retrospective analysis of data collected in the CARDIA study in 2015-2016; no new surveys were conducted with the CARDIA study participants. The questionnaires about childhood family experiences were completed when the participants were adults, relying on memories, which may include some inaccuracies or incomplete recollections. In addition, participants’ BMI (body mass index), which is a measurement of weight according to height, was recorded only in adulthood, with no data on BMI during childhood for comparison.

“Further research is needed to better understand the potential mechanisms linking childhood abuse and family environment to higher heart disease risk factors, as well as the impact of structural racism and social determinants of health, which likely influenced the differences we found by race and sex,” Aguayo said. “This information is critical to strengthening cardiovascular disease prevention interventions and policies, particularly those that focus on people who experienced abuse or other trauma during childhood.”

Mon May 9 , 2022
Going into residency can be a daunting task for any student, but according to a new study from the University of Michigan, the emotional toll is much worse for those who identify as gay, lesbian, and bisexual. The study combines gay, lesbian, bisexual, and “other” (this includes self-identifying as asexual […] 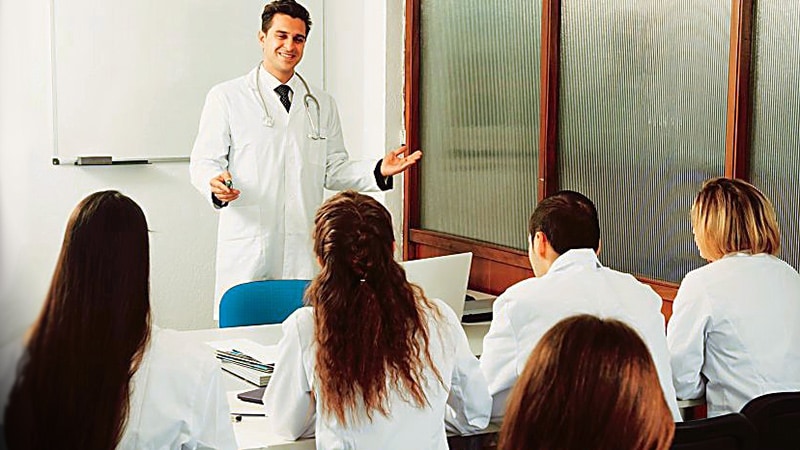