Results in the context of other studies

Our findings of the prevalence of diabetes in Russia (men and women: 11%) in 2002–2005 was similar to the findings of the Russian study in 2015–2017 among participants in a similar age range, where the prevalence of diabetes was 12% [16]. However, we found distinctly lower awareness rates (men: 31%; women: 45%) and control rates in those taking treatment (men: 19%; women: 21%) than that in the other Russian study (awareness: 73%; control among treatment: 59%) [16], which might be due to different time periods of the two studies. It seemed to indicate that the prevalence of diabetes did not change remarkably while the awareness and control rates of diabetes had been increasing over time among adults aged 40 + in Russia. We also found that Polish participants had higher rates of awareness, treatment and control than participants in other countries; and their awareness rates in 2002–2005 (men: 77%; women: 80%) were even higher than that in Russia in 2015–2017 [16].

Our findings of the high rates of prevalence but low rates of awareness, treatment and control of hypercholesterolemia among both men and women in the four countries were similar to the findings of the two earlier Polish studies [17, 18]. A Russian study among men aged 25–60 years in 2008–2009 reported a relatively low prevalence of hypercholesterolemia (45%) [5], whereas, in our study, the prevalence was 80% in Russian men aged 45–69 years in 2002–2005. However, we commonly found very low treatment rates in Russian men with hypercholesterolemia (< 2% in previous work [5] and 4% in our study). A global report in 2020 indicated that between 1980 and 2018, the age-standardised mean total cholesterol in both men and women in high-income western and CEE countries decreased most, suggesting that the rates of awareness, treatment and control of hypercholesterolemia might be increasing over time. However, further preventive and treatment efforts are still needed since the mean total cholesterol level in these countries was still distinctly higher than many countries in Asia, Africa and Latin America [31].

The four CEE cohorts included in our study had distinctly higher prevalence but lower control rates of hypertension than most high-income countries. A systematic review covering the period of 1980–2003 indicated that in high-income countries such as the United States, Canada, Germany, England, and Japan, the prevalence of hypertension ranged between 20 and 50% [32]. Another study among adults aged 40–79 years old in twelve high-income countries suggested that in early and mid-2000s, the control rates in Canada and Germany were between 50 and 58% in women and between 48–69% in men [33], which were substantially higher than that in our study. The prevalence rates of diabetes in our CEE cohorts were also higher than the worldwide average in 2014 (9% in men and 8% in women) [34]. Only in Poland the control rates of diabetes were over (or around) 30%, which was higher than the control rate of 26% in a South Korean study in 2013 [35]. The MONICA project in nineteen countries in 1989–1997 found that on average the prevalence rates of hypercholesterolemia among participants aged 35–64 years old were 27% in men and 25% in women [24]. The World Health Organization estimated the global prevalence of the raised total cholesterol (defined as TC ≥ 5.0 mmol/l) among adults aged 18 + as 39% (37% for men and 40% for women) in 2008 [36]. Although results across studies are not fully comparable due to different age distributions, the prevalence of over 75% in men and 80% in women for hypercholesterolemia in our study is high.

There were gender differences in the patterns of the three chronic conditions. Consistent with previous findings in the Czech Republic and Poland [9, 14, 25], we found the prevalence of hypertension was significantly lower, but the awareness, treatment and control rates were significantly higher in women than men. Two cross-country comparative studies also suggested that in both Latin American and high-income countries such as the US and England, women had higher awareness, treatment, and control rates of hypertension than men [32, 33]. We also found a significantly lower prevalence of diabetes in women than men, but no differences in awareness, treatment and control rates between men and women. While a study in Kazakhstan (2012–2015) suggested substantially higher rates of awareness, treatment and control of diabetes in women than men [22]. Differently, we found women had a significantly higher prevalence of hypercholesterolemia than men; although the awareness and treatment rates of hypercholesterolemia were higher in women, the control rates were significantly lower in women than men. These findings were consistent with findings of a study in Kazakhstan (2012–2015) [23]. While a study in Poland in 2011 reported no gender difference in the prevalence of hypercholesterolemia [17].

This study has several limitations. Firstly, we relied on self-reported diagnosed high blood pressure, diabetes and high cholesterol, and medication/treatment intake to define awareness and treatment and to calculate control rates. Recall bias may exist [40].

Secondly, we excluded participants with abnormal or missing values for SBP, DBP, FPG, TC, diagnosis and medication/treatment intake in each country. We also only included observations with complete data on all three chronic conditions in the main analyses. The distributions of some covariates might be altered and the variations in risk factors might also be reduced. However, we found very little differences in the sample characteristics between observations who were included and excluded from the main analyses (Supplementary Table S4). Therefore, it is unlikely that the exclusion of abnormal or missing values and the sample restriction introduce a major selection bias. Our key findings were consistent both across the four countries and with the literature.

Thirdly, our study is cross-sectional. The issue of reverse causation could influence multiple key exposures in our study [41]. For example, we found current smokers and alcohol consumers were less likely to have hypertension and diabetes than non-smokers and non-alcohol consumers, respectively. Previous work also found that smoking was not associated with a high risk of hypertension [21, 26]. Individuals with hypertension or diabetes might be more willing to stop using tobacco and consuming alcohol, which potentially alters the strength and direction of the association between smoking/alcohol consumption and chronic conditions [41].

Fourthly, although the HAPIEE samples were randomly selected from the population registers, they are based on urban populations. These populations are therefore not nationally representative. Urban populations are more likely to have better access to high quality health care than rural population, leading to an overestimation of the rates of awareness, treatment and control. In addition, the overall response rate was 59% across the four study centres, and there was additional non-response to medical examination in Czech Republic and Poland. The literature consistently suggests that compared to non-respondents, respondents have better health status and more favourable risk profile in general [42]. It is very likely that this selection bias contributed an underestimation of the prevalence of risk factors. The situation in the whole countries may be less favourable than what we found in the current study.

Finally, our data was collected before 2010. Thus, the findings reflected the situation during that specific period. However, it is unlikely that the control rates of these conditions have improved dramatically since then. Additionally, to our best knowledge, there have been very limited evidence on the epidemiology of diabetes, hypercholesterolemia and, to a lesser extent, hypertension in the four CEE countries. Findings in our study filled this research gap. Understanding the epidemiological patterns of these chronic conditions in 2000s is important, as they affect the current prevalence rates of cardiovascular disease in CEE region.

The substantially high prevalence of hypercholesterolemia in CEE countries highlighted the urgency of implementing effective interventions for the inadequate awareness, treatment and control of hypercholesterolemia. Although the treatment rates among those who were aware of having diabetes were high, more advanced and multifaceted interventions for diabetes management are still needed to increase the awareness and control rates in the four countries [43], especially in the Czech Republic, Russia and Lithuania. For hypertension care, a survey in 2012 revealed that physicians in CEE countries declared lower treatment goals, as well as the immediate initiation of pharmacotherapy at lower blood pressure level, than that was recommended in international guidelines [44]. The efforts to implement international guidelines in everyday practice should be made in order to improve the control rates of hypertension in CEE countries.

High prevalence but low control of hypertension, diabetes and hypercholesterolemia in CEE countries are not only medical problems but also great societal and resource-intensive burden. Coinciding with the transition from communism to the market economy, primary care systems have under-gone re-structuring across the region. Together with improving the health care system, increasing public awareness of these chronic conditions is needed, e.g., by community education, telehealth support and counselling [45].

During the Pandemic More Teens Experienced Symptoms of Depression 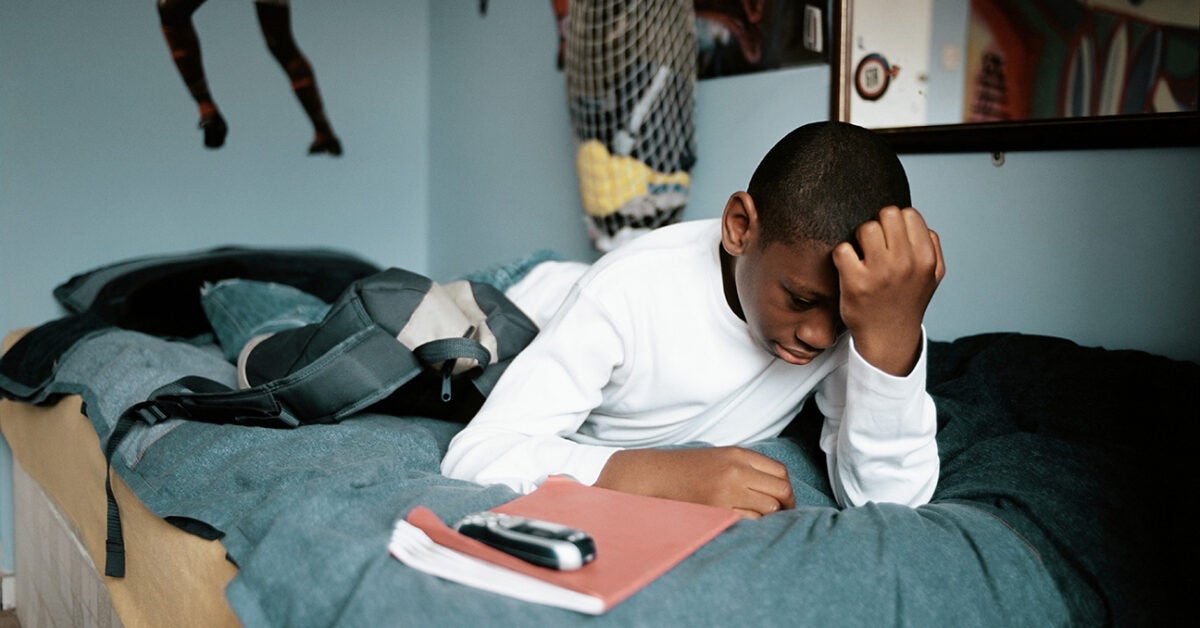