Female breast cancer is the most commonly diagnosed cancer in the world, and more than 2.3 million women are diagnosed in 2020 and are still the leading cause of cancer death.1 Invasive breast carcinoma (BC) accounts for 80–90% of breast cancer and is the most common type of pathology and is a heterogeneous disease at the molecular level.2–5 In the last decade, systemic therapy, including endocrine therapy, anti-HER2 therapy, immunotherapy and chemotherapy, has achieved success in improving the clinical outcomes of BC patients after surgery, including early-stage BC.6–9 Although most lymph node-negative (LN−) early-stage BC patients have a good prognosis,10–12 postoperative metastasis still occurs. The risk of metastasis may be underestimated in this group of BC patients. Whether to intensify treatment for LN− early-stage BC patients remains controversial.7 Hence, it is necessary to define prognostic markers to assess the risk of postoperative metastasis in LN− early-stage BC patients.

Traditional clinical and pathological characteristics, such as patient age, tumor size, histological features, lymph node status, and molecular subtypes, can predict the outcomes of breast cancer but are not accurate, which will cause over- or undertreatment.13,14 With the development of bioinformatics, all kinds of gene signatures, including intrinsic molecular subtypes, 21-gene recurrence scores (RS) and MammaPrint 70 genetic testing, were used to predict the risk of postoperative metastasis in patients with early-stage breast cancer.15–18 We found that most studies on early-stage breast cancer outcomes involve all stage I–II BC patients, according to the definition of early-stage BC,5 but few studies have focused only on LN− early-stage BC patients.9,19–21

In this study, we compared the gene expression profiles of patients (n = 640) between postoperative metastatic and non-metastatic LN− early-stage BC patients from The Cancer Genome Atlas (TCGA provisional dataset, 2021) and Gene Expression Omnibus (GEO) databases.22,23 After a series of rigorous bioinformatics screenings and analyses, we determined that low ADAMTS8 expression correlated with shortened distant metastasis-free survival (DMFS) in these patients. Furthermore, qRT–PCR assays were used to test the relationship between ADAMTS8 expression levels and DMFS in our clinical samples (n = 25) with a matched case study. Finally, we identified ADAMTS8 as a potential prognostic marker for postoperative metastasis in LN− early-stage BC, although there were several limitations in our study; for example, our clinical sample size was small.

Transcriptome and clinical data from BC patients were downloaded from TCGA (https://portal.gdc.cancer.gov/), and the microarray gene expression profiles and clinical data were retrieved from the GEO (GSE20685, GSE6532) (https://www.ncbi.nlm.nih.gov/gds) database. Patients who met the following criteria were included: (1) female patients were diagnosed with BC between the ages of 20–85 years; (2) LN− status at diagnosis; (3) the size of the primary tumors was T1-T3 stage; (4) no distant metastasis; (5) patients accepted standard systemic therapy; and (6) metastatic status was recorded at the end of follow-up. Patients with only local or regional recurrence were excluded from this study. The discovery cohorts TCGA (n = 390) and GSE20685 (n = 131, Affymetrix Human Genome U133 Plus 2.0 Array (GPL570)) datasets were used as cohorts to identify common differentially expressed genes (DEGs) and detect the correlation between common DEGs and postoperative metastatic and DMFS time. The testing cohort (GSE6532 dataset; n = 119; Affymetrix Human Genome U133 (GPL96)) was used to verify the differences in expression and prognostic value of the DEGs. The detailed clinical information of the three datasets is included in Supplementary Table S1.

The raw counts of RNA-sequencing data from the TCGA dataset were corrected and normalized using the R package “limma”. Preprocessing procedures were used to process raw data of the Affymetrix microarray in the GSE20685 and GSE6532 datasets, including RMA background correction, and the “affy” R package was also applied to complete log2 transformation, quantile normalization and median polishing algorithm summarization. Probes were annotated by the Affymetrix annotation files. The PAM50 gene expression data in TCGA and GES20685 were extracted and applied against reference data of median gene expression to bin each sample into the intrinsic molecular subtypes of BC patients using the “genefu” R package. The detailed candidate gene screening process is shown in Figure 1. All data analyses and screening procedures referred to the RECIST criteria.24,25

In the discovery cohort, the common DEGs were screened between postoperative metastatic patients and non-metastatic patients. The differences in expression of the final candidate genes were validated in the validation cohort. The filtering condition for all DEGs was p<0.05 and |log2fold change (FC)| > 1.

The common DEGs with significant differences in univariate analysis were entered into multivariate analysis. Multivariate Cox regression with forward stepwise regression was performed to investigate the impact of independent factors on postoperative metastasis, and the hazard ratios (HRs) with 95% confidence intervals (CIs) and p values are reported.

To explore the potential molecular biological functions of ADAMTS8, we used the online bioinformatic tool DAVID (https://david.ncifcrf.gov/)26 to analyze the enrichment of Gene Ontology (GO)27 and pathway (KEGG)28 between the high and low ADAMTS8 expression groups using the TCGA and GSE20685 datasets (p<0.05).

We examined the candidate gene expression levels in clinical tumor specimens obtained from breast tumor tissue removed during surgery and stored in liquid nitrogen in the Breast Centre of Beijing Hospital. The sample screening criteria were consistent with the patient screening criteria in the Data Extraction section. The follow-up time was from surgical resection of the tumor to May 2021.

We found 8 LN− early-stage patients who developed postoperative metastasis in our sample library. We matched each metastatic patient according to their molecular subtype, age, and date of surgery to approximately 2 non-metastatic patients as controls (n = 17). A total of 25 patient information and matching methods were showed in Supplementary Table S3.

DEG analysis was conducted on the TCGA datasets using the “edgeR” R package and on the GEO datasets using the “limma” R package. We used the “survival” and “survminer” R packages to draw Kaplan–Meier survival curves and compared the high and low expression groups according to the log-rank p value. Univariate and multivariate Cox regression analyses with forward stepwise regression based on the likelihood ratio test (forward LR model) were performed to investigate the impact of independent factors on DMFS, and the hazard ratios (HRs) with 95% confidence intervals (CIs) and p values are reported.

Identification of Candidate Gene in the Discovery Cohort

In conclusion, we found that only ADAMTS8 appeared to be reduced in LN− early-stage BC patients with metastasis, and its low expression was associated with postoperative metastasis and shortened DMFS time. Thus, we focused attention on ADAMTS8 in this study.

Verification of Prognostic Value of ADAMTS8 in the Validation Cohort

The results in the discovery and validation cohorts imply the potential ability of ADAMTS8 to predict the outcomes of LN− early-stage BC patients.

Analysis of the Correlation Between ADAMTS8 Gene Expression and Clinical Features

All DEGs between the high ADAMTS8 expression groups and the low ADAMTS8 expression groups were analyzed by DAVID software and the GO and KEGG results (p < 0.05). As shown in Figure 5A–D, the DEGs were significantly enriched in GO terms and KEGG pathways, including ECM-receptor interaction, focal adhesion, angiogenesis, PI3K-AKT signaling pathway, cell proliferation and cell cycle, which showed that ADAMTS8 may participate in the development and metastasis of BC through these pathways.

The expression levels of ADAMTS8 were detected by qRT–PCR in 25 LN− early-stage BC tumor tissue samples. The median age of the enrolled patients was 59 years, the oldest 73 years and the youngest 36 years. The median distant metastasis-free survival time for 8 patients who developed metastases was 3.41 years (range: 1.17–4.92 years), and for 17 non-metastatic patients, it was 6.17 years (range: 4.92–7.83 years). All patients had undergone surgery and accepted systemic therapy. The detailed clinical information of 25 patients is included in Supplementary Table S3.

In three independent datasets, we compared the gene expression profiles of LN− early-stage BC patients between the metastatic group and the non-metastatic group to identify DEGs and found for the first time that low ADAMTS8 expression is correlated with postoperative metastasis and shortened DMFS in this group of patients. In our clinical tumor specimens, we detected ADAMTS8 expression levels in LN− early-stage BC patients by qRT–PCR. The results showed that ADAMTS8 was significantly lower in patients who developed postoperative metastases. Downregulation of ADAMTS8 was related to shorter DMFS.

In TCGA and GSE20685 datasets, correlation analysis between ADAMTS8 expression and clinical features indicated that the prediction results of ADAMTS8 on patient prognosis were consistent with traditional prognostic indicators, including clinical stage, PAM50 subtypes and DMFS. In general, stage II patients are considered to have a worse prognosis than stage I patients. LN− LumA patients, which have the lowest proliferative ability of tumor cells and are sensitive to endocrine therapy, are considered to have the best prognosis.39–41 The shorter DMFS, the poorer prognosis. In our study, lower ADAMTS8 expression was related to poorer prognostic clinical stage and PAM50 subtypes and shorter DMFS. In our clinical samples, DMFS stratification of ADAMTS8 expression showed similar results, and the metastatic patients within 3 years all had low ADAMTS8 expression. No other clinical features were significantly different between high and low ADAMTS8 expression, which may be due to our small clinical sample size.

To better understand the function of ADAMTS8, we performed GO and KEGG enrichment analysis, which showed that the DEGs between ADAMTS8 low expression ADAMTS8 and high expression were significantly enriched in ECM-receptor interaction, PI3K-AKT signaling pathway,42–44 focal adhesion, and angiogenesis.45–48 The PI3K-AKT pathway is a downstream effector of the ECM-receptor pathway, and the results implied that breast tumor cell metastasis in patients with low ADAMTS8 expression could be associated with ECM-receptor interactions and PI3K-AKT pathway activation, which has never been reported. However, further experiments are needed to directly test this hypothesis.

There were several limitations await to be addressed in our study. First, the sample size was insufficient for multivariate Cox regression analysis and in the stratified analysis of clinical features in our clinical samples. Second, no further experiments explored the role of ADAMTS8 in breast cancer cell movement and metastasis.

The clinical tumor specimens from LN− early-stage BC patients were collected from the Breast Cancer Biobank of the Breast Centre at Beijing Hospital. The study protocol was approved by the Ethics Committee of Beijing Hospital on the basis of the Declaration of Helsinki (IRB Number in Ethical approval: 2017BJYYEC-086-02), and written informed consent was obtained from the patients.

The authors declare there are no competing interest.

Mon Jan 17 , 2022
January 12, 2022 2 min read Source/Disclosures Published by: Disclosures: Bzowyckyj reports serving as an advisory board member for Sanofi. Please see the study for all other authors’ relevant financial disclosures. ADD TOPIC TO EMAIL ALERTS Receive an email when new […] 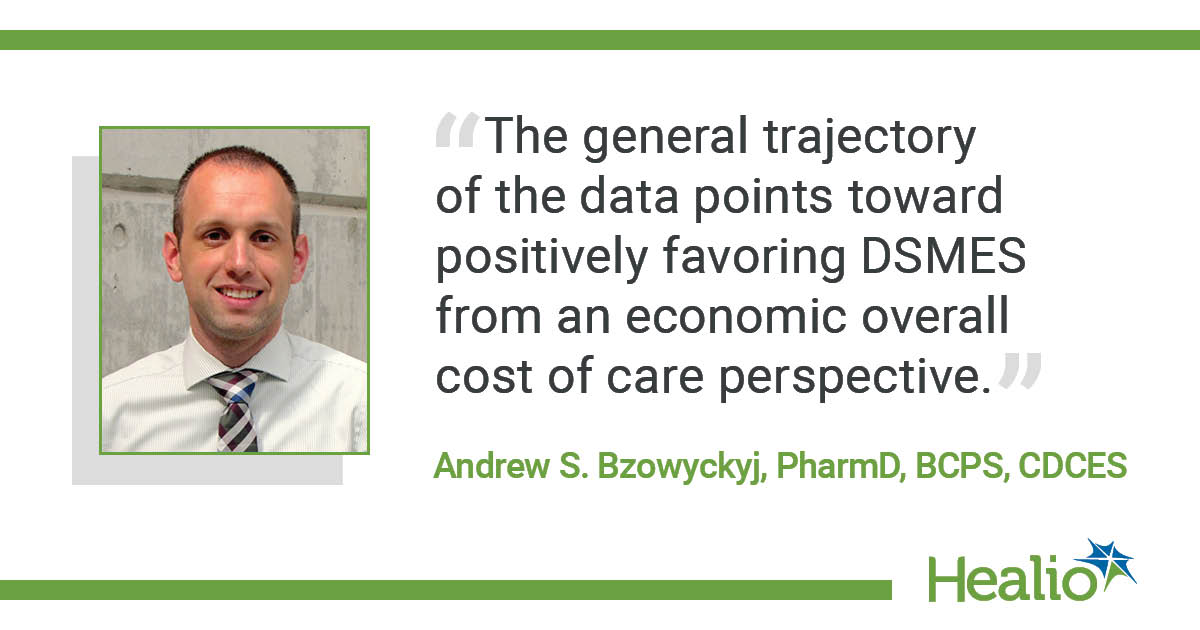