One of the few medications for sickle cell disease is now available for children as young as 4 years old, a promising step toward expanding treatment options for a painful blood disorder that has historically been underfunded.

Global Blood Therapeutics, a San Francisco-based pharmaceutical company, in mid-December received approval from the U.S. Food and Drug Administration to lower the age restriction for its daily oral medication, Oxbryta, from 12 years old to 4 years old. The drug is one option doctors may prescribe to help children manage the symptoms of sickle cell disease, for which there is no cure.

Sickle cell disease occurs when round red blood cells take on the C-shape of a farming sickle and grow hard and sticky, making them unable to carry adequate oxygen to vital organs. In the U.S., the disease is most common among — but not exclusive to — people of sub-Saharan African descent, with 1 out of every 365 Black babies born with the disease.

Until newborn screening became routine in the 1980s, few people born with sickle cell disease lived past childhood. Babies born with the disease today are increasingly living into adulthood, but there has been little advancement in the treatment for the disease since it was first recognized in the U.S. in the early 1900s.

“One thing that has been so compelling about the sickle cell journey is … to the extent it’s really contributed to other scientific fields, we’ve done little to develop therapies that are disease-modifying for individuals with sickle cell disease,” said Kim Smith-Whitley, the head of research and development for GBT and the former director of the sickle cell program at Children’s Hospital of Philadelphia.

Hydroxyurea, a cancer medication that has been used to treat sickle cell disease since the 1980s, is typically the first treatment doctors try with young patients, said Parul Rai, a pediatric hematologist at St. Jude Children’s Research Hospital.

When patients don’t see improvement with hydroxyurea, Rai and her colleagues try Oxbryta or Endari, which is approved for patients 5 years old and up. Oxbryta helps restore the shape of red blood cells, reducing pain episodes and damage to other organs. The medication can be particularly helpful for children who are very anemic (not enough red blood cells), or who would benefit from blood transfusions but can’t get them.

Children who are at risk of stroke (the blood disorder can affect how quickly blood flows to the brain) may be treated with monthly blood transfusions. But sometimes doctors can’t identify a good blood match or a family’s religion prevents them from receiving transfusions, Rai said.

A 90-day supply of Oxbryta retails for about $13,640, while hydroxyurea retails for an average of $79 for a 90-day supply, according to GoodRx, which tracks prescription drug prices. Both drugs are typically covered by insurance, which can dramatically reduce their out-of-pocket cost.

Rai said that there is not a pent-up demand for Oxbryta among her very young patients. But making the drug available to young children is a promising sign that more help is on the way for people with sickle cell disease.

“There are just not enough options,” Rai said. “The thing about sickle cell disease is there are multiple pathways — it’s a cascade of pain, everything is interconnected … you can’t fix one problem and make it all better.”

“Even though a child with sickle cell disease today has a higher likelihood of surviving to adulthood, one thing that is very sobering is that the transition between pediatric to adult-focused care is at a time when individuals with sickle cell disease have a tendency to develop more complications,” said Smith-Whitley. “The earlier we can start disease-modifying therapies, the more likely it is that individuals will transition from pediatric to adult care healthy.”

How to Improve Your Mental Health in 2022

Fri Dec 31 , 2021
The year 2021 was one of emotional whiplash. There was anticipation for vaccines, followed by confusing rollouts. Then, we saw some hope as many Americans were inoculated, only to find new variants, a tumultuous news cycle and widespread confusion around the bend. The good news is that people across the […] 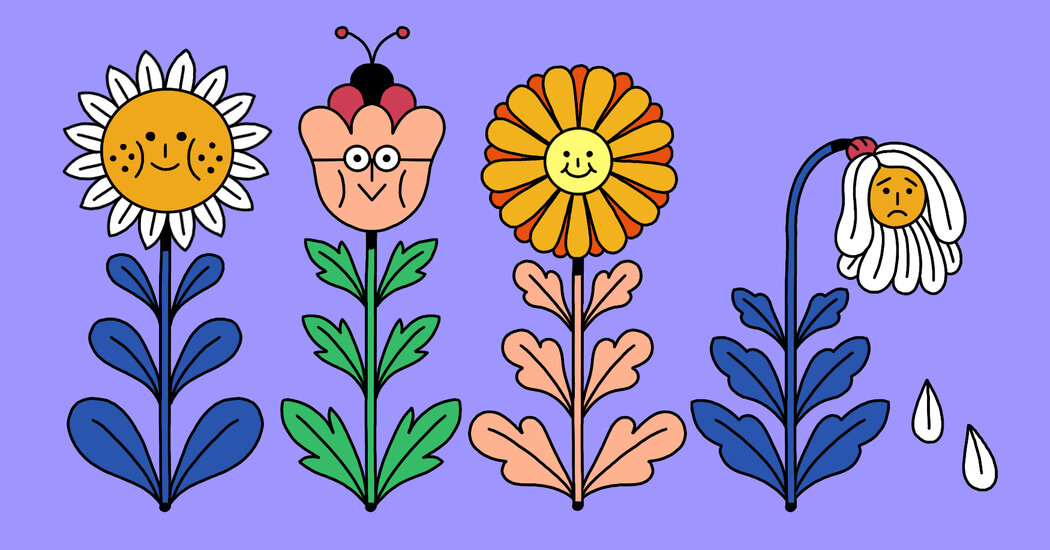